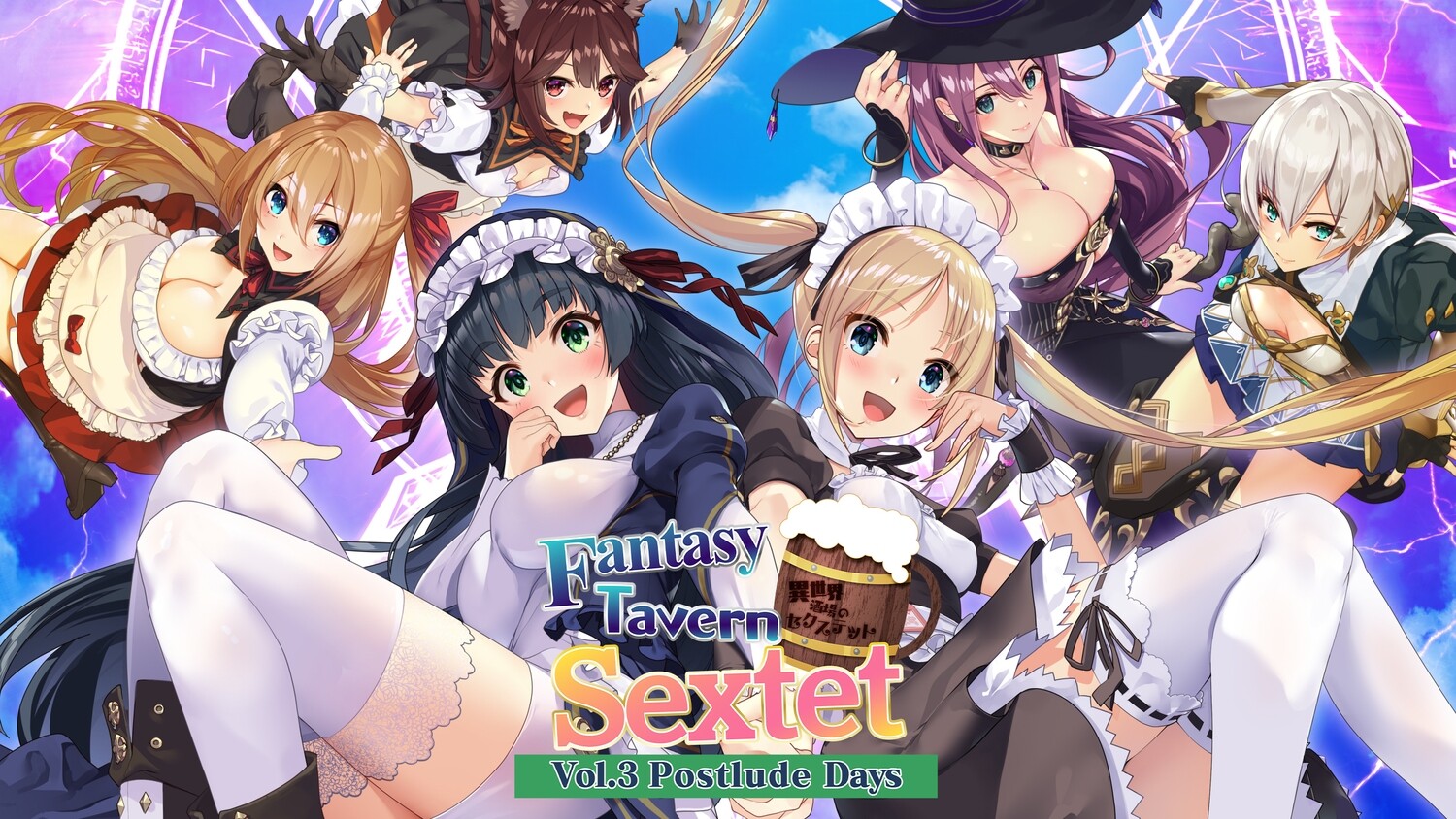 About
The final chapter of the 3-part series!
It is an adventure game where you can enjoy a slapstick love harem play with laughter, tears, and a little H in a bar in a different world.

The "E-mote" engine that can move illustrations smoothly and three-dimensionally is used for standing pictures in the game.
The characters displayed on the screen move as if they were alive.
STORY
Much time has passed since our hero, the chef at an Akihabara maid cafe, got transported to another world. One day, a lone girl storms into the tavern, crying, "I'm here to inspect hostile activities!"
The girl in question is Anzu, the top-ranking maid from the maid cafe our hero used to work for in his home world. It is revealed that Anzu arrived to the other world after our hero, and has been working for the Stray Sheep's rival tavern. Following her unexpected arrival, Anzu and Lupine talk things out, which for some reason leads to Anzu starting work at the Stray Sheep?!

In the midst of this chaos surrounding our protagonist, Plumeria joins the fight for our hero's affections, escalating the girls' battle to win his heart even further!

Our hero's daily life in a fantasy world at the mercy of six otherwordly beauties will forever be changed when a certain hero's vassal pays the tavern a visit...

A suspicious priestess who is secretly a pervert. She was dispatched to a different country to help heal the wounds of the soldiers injured in the battle with the dragon Diablo. Besides healing magic, she is also skilled with another type of magic...

The number one most popular maid at an Akihabara maid cafe. She insults and uses the protagonist to do her bidding, treating him like a worm. She gets transported to the other world after the hero, and works at a rival tavern to the Stray Sheep.